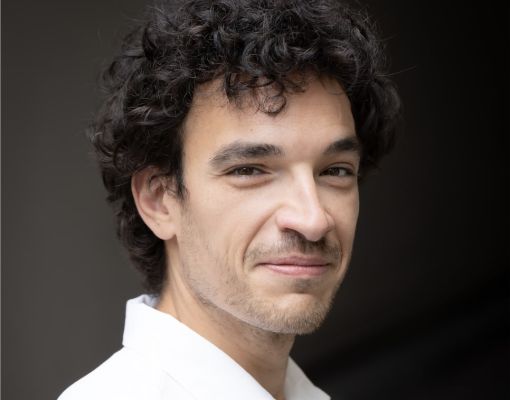 Founded in 2000 in Lviv (Ukraine), ORPHEUS is an a capella vocal ensemble of eight male voices. All its members are professional singers and musicians, most of them graduates of the Lviv Academy of Music. Its eclectic repertoire ranges from sacred music to popular songs, including jazz and world music arrangements. After its first concerts in Ukraine in 2000, the group was chosen to sing for Pope John Paul II during his visit in June 2001, before being invited in October to the World Performing Arts Championships in Hollywood. The Orpheus ensemble was a huge hit at the Coventry International Festival of Sacred Music in June 2002. This great success propelled the ensemble onto the international stage and led to tours in the Netherlands and Germany. Since then, Orpheus has performed in the most prestigious concert halls in Ukraine and throughout Europe, in Italy, Spain, the Netherlands, Belgium, England, Germany and France. In May 2003, for the first time, the group toured our territory with the children's ballet troupe "Les Joyeux Petits Souliers" from Lviv. Since this first cooperation, Orpheus has participated in all the tours of this troupe. They also organise numerous benefit concerts for hospitalised children. Since 2002, Orpheus has recorded no less than six albums and three DVDs.
By decree of the President of Ukraine Petro Poroshenko on 4 May 2019, all singers of the Orpheus vocal group were personally awarded the honorary title "Artist of Ukraine".