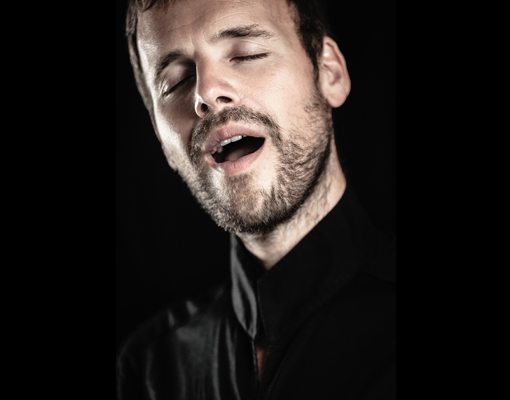 Marc Mauillon, in a voice that is both clear and emotional, constantly attentive to the meaning of the sentence and to the particular music of each word, makes Machaud's poem immediately accessible. Around him, Vivabiancaluna Biffi and Pierre Hamon weave an accompaniment of discretion and finesse that underlines the strength of his vocal performance. We're like hypnotized.

CLASSICA
To sing and interpret Guillaume de Machaut's first song "Loyauté que point ne delay" in its entirety, is first of all to confront medieval lyrical art in its highest form, to seek a balance between a state of hypnosis born of the repetition of a sublime, discreetly ornate melody on the one hand, and the incessant renewal of the harmony between poetry and music on the other hand; but it is more than that, because if Machaut is undoubtedly the greatest French poet and composer of the 14th century, he allows us here, performers and listeners alike, to make a real inner experience of the power and magic of time, of the feeling of the sacred in the poetic and musical art of courteous love.

Beyond this experience, which constitutes the entire second part of the concert, this programme is also a tribute to the two musical currents at the origin of this masterpiece: that of the troubadours, with of course the first, Guillaume de Poitiers, IX° Duc d'Aquitaine, but also the Celtic breath, with its prodigious faculty for verbal and formal invention, whose importance has too long been overlooked in our humanist culture. Indeed, in the Middle Ages, Breton harpers travelled, sang and made known even in Italian and German courts what was called the "matter of Brittany": Arthurian stories or the story of Tristan... At the court of Eleanor of Aquitaine, the granddaughter of William IX and mother of the king finds Richard the Lionheart, these Breton bards mixed with the troubadours of Aquitaine, Catalonia and Provence, singers of this new conception of love, the "fin amor". This is probably how certain Celtic poetic and musical forms such as the lai were adopted and transformed by continental finders. Originally narrative, the lai also became a long poem of courtly love, this "tormented lover" sung by Guillaume de Machaut.

Design and musical direction of the program: Pierre Hamon